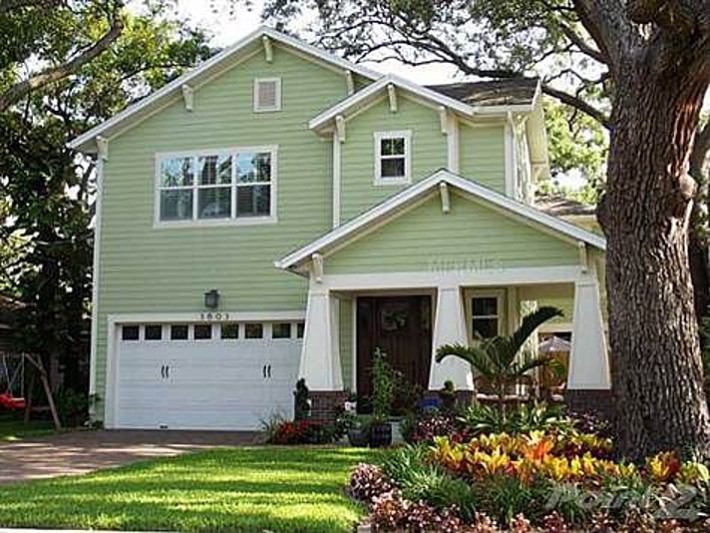 Bit by bit, around Florida and around the country, the tender shoots of a recovery in the housing market are pushing tentatively towards the light.  But in Tampa Bay, those shoots are already beefing up and putting down roots – and in strongholds of value including South Tampa, things are looking a little bit like Jack and the Beanstalk.

The summer has been hot in more ways than one.  Stats from Florida Realtors show that in July, single family home sales were up around 20%, while average sale prices were up 18% and inventory has plummeted 17%.  Those numbers are even more dramatic in Tampa Bay, where July saw a year-over-year price bump of 27% on average, with volume up 20%.

But as anyone moving in this market knows, the biggest impacts of the bounce are clustering in South Tampa and a few other areas just outside of downtown.  Developers are scrambling to grab land in the area south of Kennedy Blvd, and if you’re a sports fan, you might have heard that Rob Gronkowski stands to make a tidy profit off the South Tampa property he bought just a year ago.  Some guys have all the luck, huh?

Of course, these areas never lost as much value in the first place as some of the less stable areas of Tampa Bay.  I’d say there are a few factors in both the area’s stability, and its popularity as a destination for money on the rebound.  Access is an obvious one – most South Tampa addresses put you within 15 minutes of downtown.

But I’d say the root of the area’s value is more subtle.  With an abundance of lifestyle amenities on the main thoroughfares and well-tended homes in the neighborhood, South Tampa marries access with a small-town feel.  You won’t find that in the uplanned, chain-store dominated sprawl of Clearwater or Temple Terrace.  The variety – from business networking at Buddy Brew Coffee to downing a Guinness at MacDinton’s – means South Tampa has a lot to offer both young singles and professionals with growing families.  And ultimately, whatever the ups and downs of the giant, confusing financial machine that has so much sway over the real estate market, that’s what really matters – you want a great house in a place where it’s great to live.  South Tampa definitely qualifies.